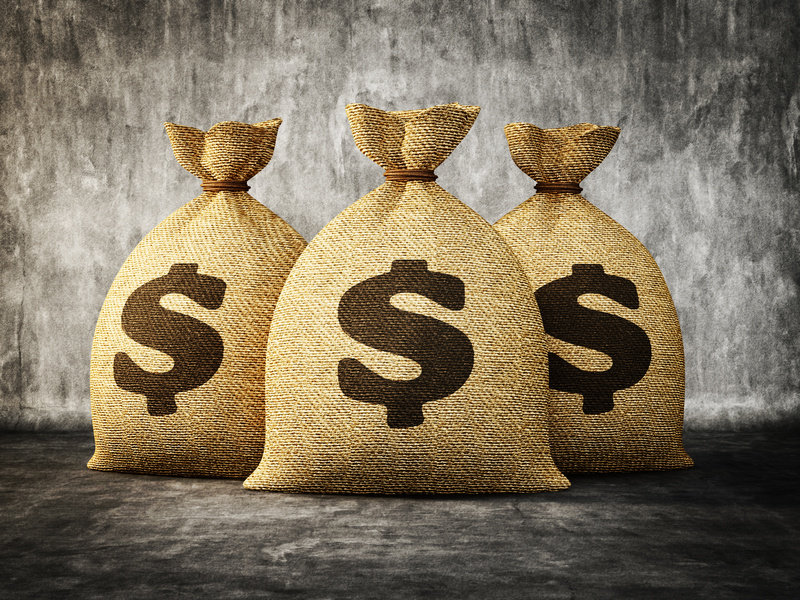 03/14/2018 Did you know that when it comes to unclaimed money Australia-based residents collectively have $1.1 billion waiting to be claimed?
How about the fact that unclaimed money often sits in accounts for years in many cases?
To those who hate misplacing cheques or losing coins in the wash, the thought of a whole account of unclaimed money seems unfathomable on a personal level, let alone on a company or corporate level.
Yet that’s precisely the predicament that one of our clients was in.
If you want to find out how our team of unclaimed money professionals at Money Catch were able to help a major corporation snag $80,000 in unclaimed money, then you’ll want to keep reading.
Our Client: The International Mining Corporation
Our client is a huge mining company in Australia. We’re not just talking about headquarters and a few locations. This is an international, worldwide company with global concerns, fully-staffed departments, and massive resources. In short, it’s the type of business that’s always on the go.
The Challenge
As it turned out, this global mining corporation, our client, had a substantial amount of unclaimed money to the tune of $80,000.
How Does a Company Not Claim $80,000?
In this case, the issue was timing. Before 2004, our client’s last known address outside of Australia had been a mine that was ultimately sold to a different company. BT Funds Management made out the cheque, but by then our client wasn’t operating from that address.
As a result, the money was there and available with our client’s name on it, but the company had no idea that there was unclaimed money owed to them.

Our Solution
Being the unclaimed money professionals we are, Money Catch assisted the mining company in locating the funds, running an investigation, and claiming the money.
Now you might be wondering why all of that was necessary. If the money was theirs, then claiming and collecting it should’ve been pretty straightforward, right?
Not so fast.
Our client’s claim had a few glaring problems. First, they couldn’t prove that they were the organization listed and second, they couldn’t establish their former overseas address. Either situation would have been fatal to a claim attempt, but both? There was no way the money was getting released at that rate.
How did it all get so complicated?

From 2004 to 2017, the mining company had undergone significant internal changes. Ownership, personnel, directors, and management had all changed several times. The company itself had even changed its name at some point after the BT Funds Management cheque was written.
So by the time we were involved, the company didn’t know the overseas address or about BT Funds Management. Never mind the money.
Our Plan
We worked with the client to find out what they could provide. This amounted to a license, a letter written on company letterhead, and additional ID from management.
The Investigation
Since our client didn’t have proof, our task was to link the current company to its old name and to establish the link between BT Funds Management, the client, and the former address.
Our first action was to establish that the director was who he said he was.
Then, after finding records of the client’s old name, we used archives to establish that the company had in fact been listed at that address. It took some effort, but we were also able to launch an investigation to find evidence that this client was the correct claimant.
With this information, we were able to establish everything and prove that the money did, in fact, belong to the client.
How Long Did This Take?
The investigation took four weeks from start to finish. Then the claim was prepared on the client’s behalf and sent to the assessor who was holding the funds in trust.
Let’s Talk Results
Put simply, the client was so thrilled that the company and its subsidiaries are still our clients today. We run annual searches, alert them to unclaimed money, and do investigations for them as needed.
That $80,000 would have gone unnoticed and unclaimed if it hadn’t been for Money Catch.
In Summary
Unclaimed money isn’t just a concern for major global corporations. Working professionals, smaller businesses, and regular people are often owed money as well.
Now, these accounts may not always be worth $80,000, although they could be. Your unclaimed money could be more in the range of $5,000 or $2,000. Even so, a few hundred extra dollars each year could mean free company meals, a short vacation, or an upgraded office computer.
Best of all, this is money that you’ve already earned that just hasn’t found its way into your accounts.
Contact Us Today
Money Catch boasts a team of professional unclaimed money professionals who can search and find information on any unclaimed money Australia-based businesses and individuals may be entitled to.
We’ll investigate, process, search, and prove claims while you sit back and wait for your money to arrive.

How much money could be waiting for you?

Money Catch is a firm of Investigators & Unclaimed Money Professionals tracing missing heirs to estates, assets and unclaimed money. We provide services to individuals, accountants, brokers, banks, financial advisers and many others on our expertise and service in unclaimed money. We hold all…

More Articles From This Author

To all customers, consumers and persons who are interested in the business operated by Money Catch.

05/18/2018 To all customers, consumers and persons who are interested in the business operated by Money Catch.Money Catch has been the subject of a significant amount of trolling during recent times. Such trolling making totally false, unmaintainable and incorrect accusations in relation to the business carrie... Read More »

05/18/2018 Dear Money Catch customers and future customers,We are writing to inform you that the Money Catch service you use is compliant with the Privacy Policy Act 1988 in Australia and the General Data Protection Regulation (GDPR) in the UK that comes into effect on the 25th May 2018.The GDPR are industry r... Read More »

How to Identify a Scam

04/04/2018 Money Catch’s Scam ChecklistMoney Catch has a Scam checklist to follow should you be concerned that you are at risk of being scammed. Our investigators are professionals when it comes to being suspicious, and we notice when something does not seem quite right, be it on a website, in an email, or s... Read More »

03/18/2018 Unclaimed MoneyIt’s not every day that you run into a cool $130,000 with your name on it, but that’s precisely the situation our client, Mr. Fisher, was in not too long ago.How did he find himself in this predicament, and how did Money Catch help him collect his unclaimed money?Here’s Mr. Fish... Read More »